Westmoreland County commissioners Wednesday awarded more than $4.3 million in grants to 260 small businesses that suffered financial losses because of the covid-19 pandemic.

The grants were funded through $31.5 million in federal funds funneled through the state as part of the government’s coronavirus relief program.

“Our goal was to get money out to people that needed it as soon as we could,” said Commissioner Sean Kertes.

Grants were capped at $25,000, with dozens of businesses receiving the full amount. Officials said the amounts were determined through a formula that calculated lost revenue. The smallest grant was $624. The average grant was $16,855.

Commissioners said a list of recipients will be posted on the county’s website this week. Recipients will be notified by email, and checks are expected to be handed out at the courthouse starting next week.

The county in late July received applications from 375 small businesses, and commissioners said every request that met eligibility requirements was funded.

“I’m happy we didn’t have to pick one business over another. If the applications got approved, you got money,” said Commissioner Gina Cerilli.

Applications were reviewed by the Economic Growth Connection of Westmoreland to determine eligibility and commissioners rendered the final decisions.

Officials said more than 100 applications were rejected. Many did not meet financial requirements.

“Most of this money will be used to pay rent, pay the bills. A lot of it was to make themselves whole,” Kertes said.

Commissioners rejected six grants that were to be awarded to private clubs, a franchise businesses and companies no longer in operation.

“There was no subjective review of the applications,” said Commissioner Doug Chew.

The county is reviewing applications from 125 nonprofits and those grants are should be awarded in about two weeks, commissioners said. 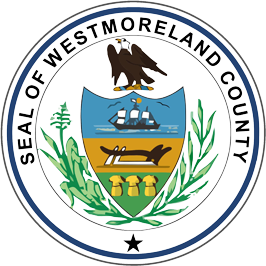